For those who have been asking if all is well with us ... YES we are still here!  YES we are all fine! 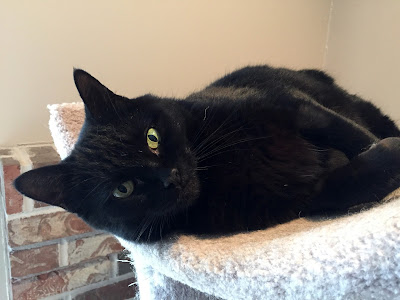 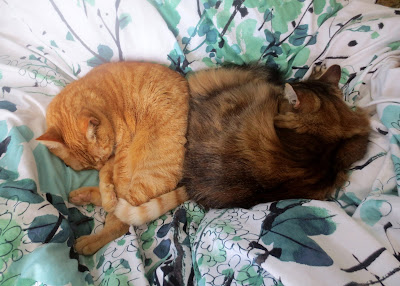 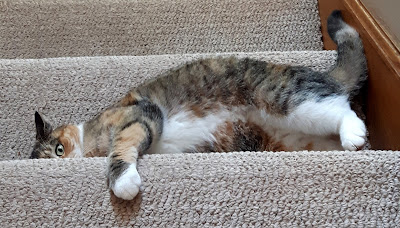 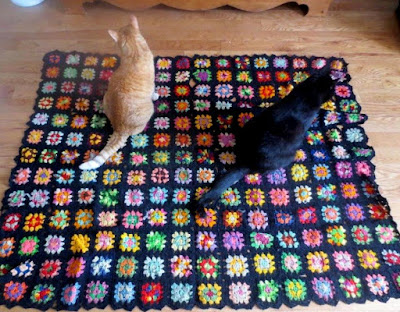 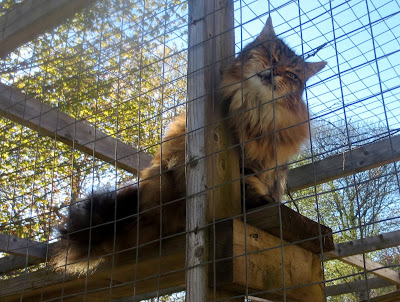 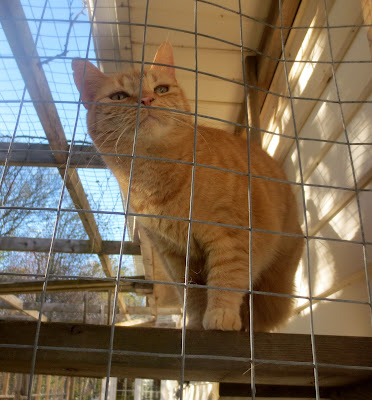 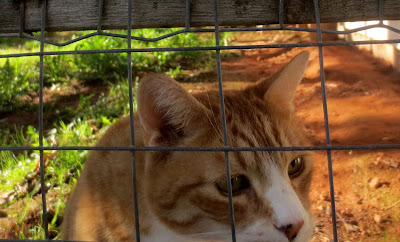 This handsome black-and-white Tuxie -- we call him "Monty" --  began coming into our backyard in February, during bitterly cold weather: 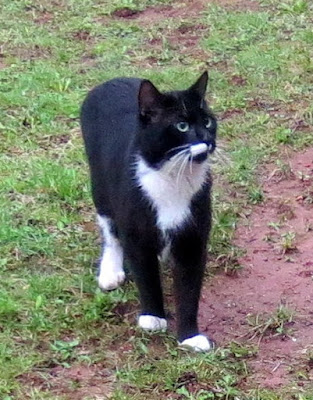 Monty's favorite time to visit our yard was between 4 and 4:30 in the morning.

The first several times that we sighted him, Summer Cat led us all in HOWLING to let Monty understand that he should leave our yard IMMEDIATELY. 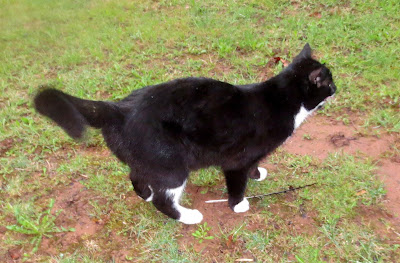 But Monty -- who was obviously homeless -- repeatedly returned, to meow loudly at the back door to our catio, until eventually we all got so used to him that we stopped trying to drive him away. 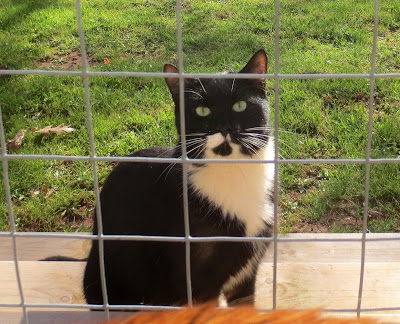 Pat was upset to think that Monty was cold and also hungry. So she began leaving  food out for him, and eventually she was able to trap him! 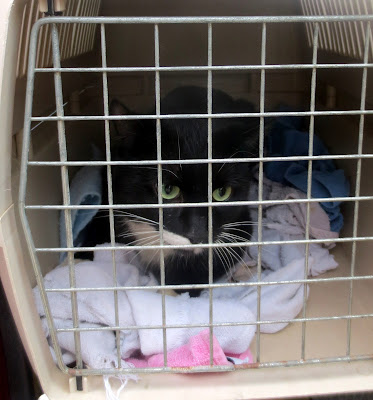 Then Pat arranged for Monty to be neutered and vaccinated at a TNR clinic sponsored by the Cat Action Team of PEI.  We were all relieved to hear that Monty tested negative for disease!

But Monty was too wild to live indoors, so Pat released him back into our yard, where he seems to have taken up permanent residence. 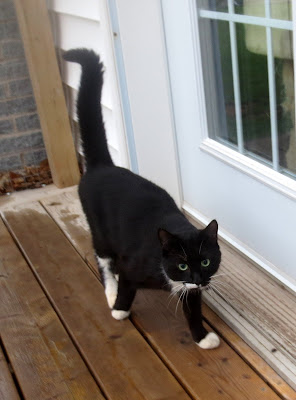 Monty has learned to climb up on top of our catio and meow at the upstairs windows when he wants Pat to come down and feed him. 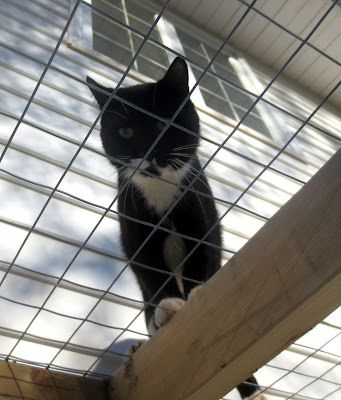 Fortunately, he seems, since his visit to the veterinarian, to have decided that it is more convenient to demand food during the day instead of in the middle of the night. 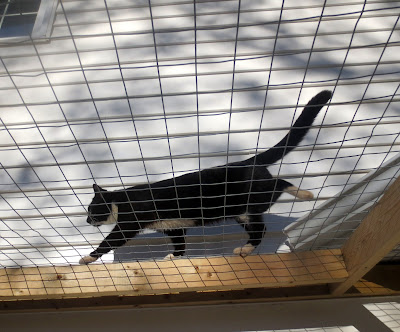 Sometimes Monty will venture into the garage: 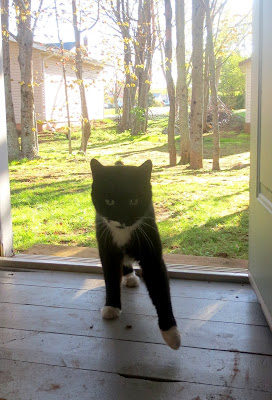 Once in a long while, he even lets Pat stroke his head while he is eating. 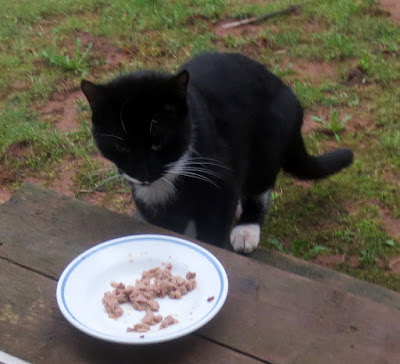 Pat hopes that by the time cold weather comes again, she will have persuaded Monty to move inside, or at least into the garage.

We are not so sure that is such a good idea. 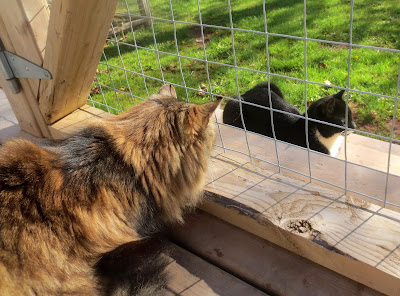 But we have learned that we all get treats when Monty arrives at the back door of our catio! 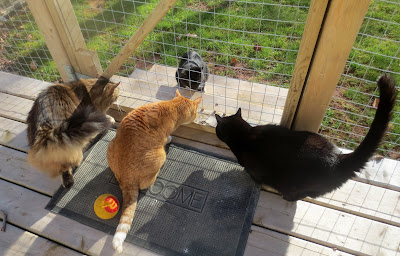 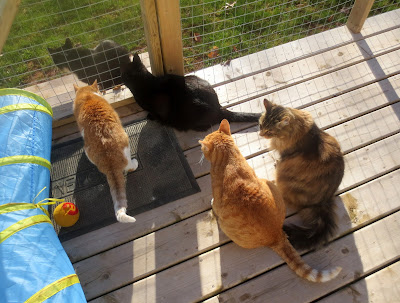 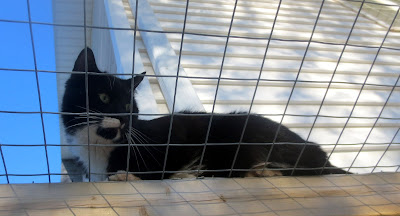 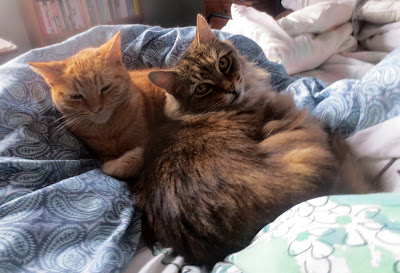 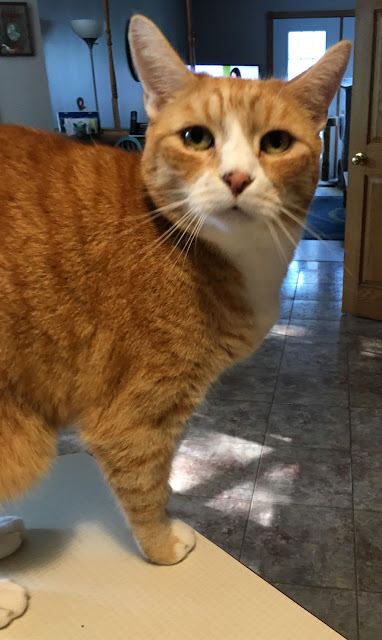 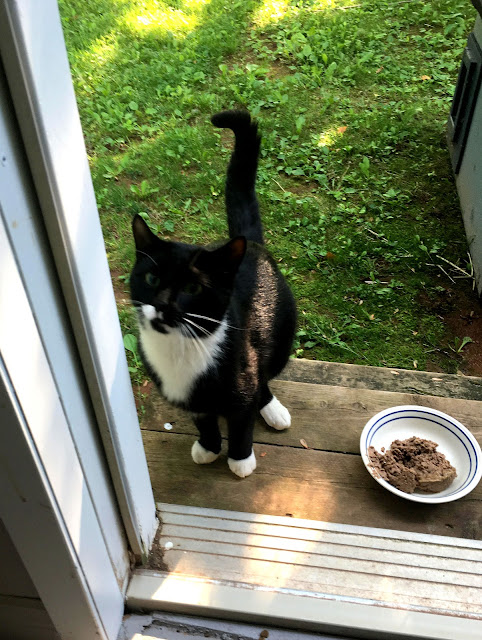 UPDATE:  Monty moved inside on July 16! Monty is an easy-going fellow and we are all getting along well together.  Pat tells us she will post new pictures soon.
1 comment: Links to this post