This fall, work began on replacing our deck and expanding our catio.

First, the old deck was removed and a new deck was built.  Like the old deck, the new deck is L-shaped, wrapping around the side of the house: 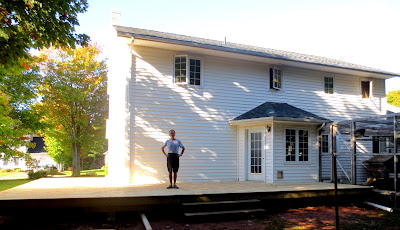 In these pictures you can see the door that leads from the kitchen to the deck, and the screen door that separates the deck from our original catio: 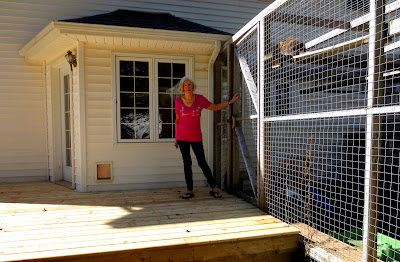 The next step was to enclose the new deck, in order to make it an extension of the catio: 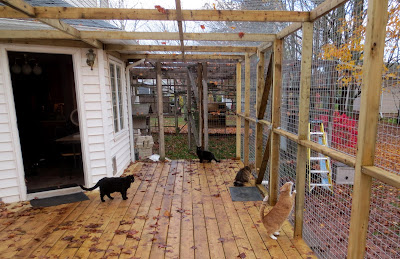 The following two pictures show the doors that lead from the family room on to the deck, at the side of the house: 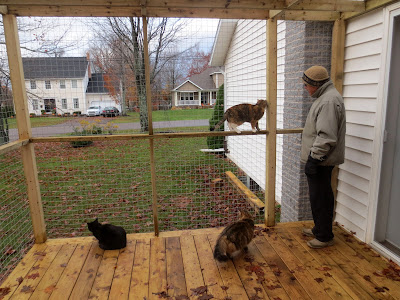 Previously, although we cats could enter the original catio through windows or through our cat door, there was no direct access for humans from inside the house. And we cats were unable to join humans sitting on the deck.

Now we -- and also humans! -- can go directly out to the new, enclosed deck + catio, either from the kitchen, or from the family room: 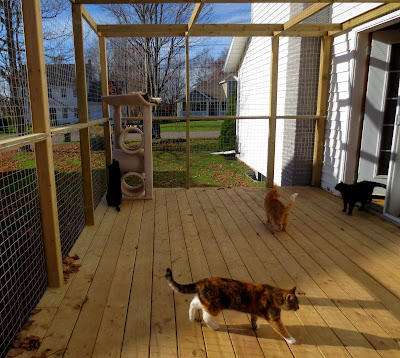 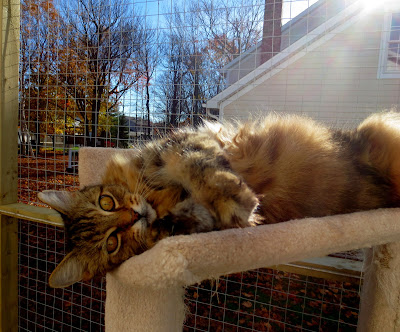 More pictures of the deck + catio at dusk: 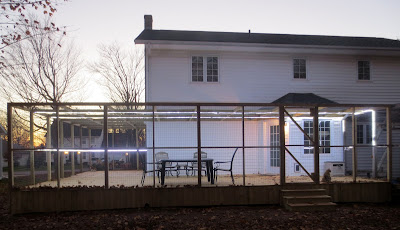 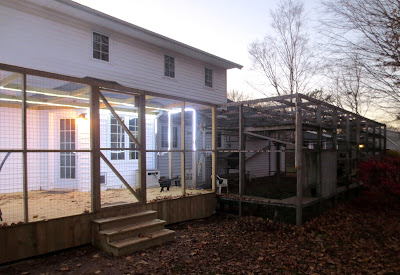 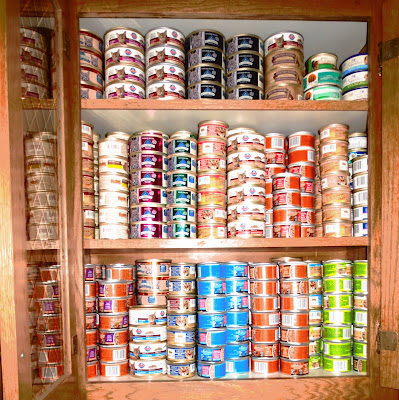