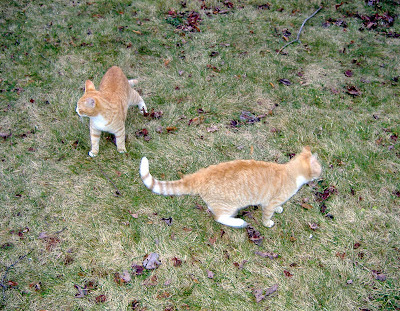 Before the snow came, the back yard was a game park for Summer and the Golden Jets. 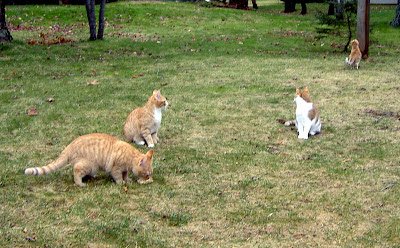 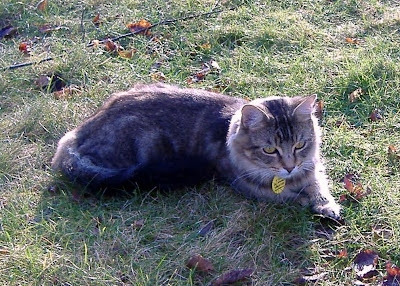 Cocoa climbed the highest tree in the grove: 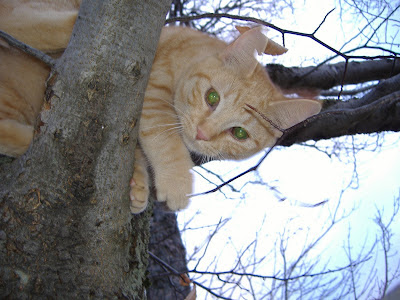 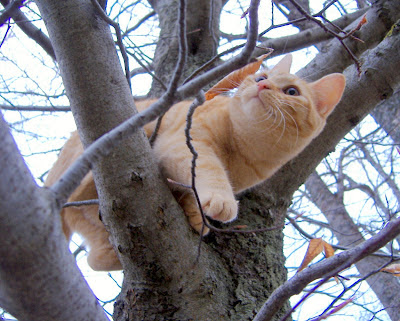 Hershey knew she was up there. But he had so much to do on the ground. 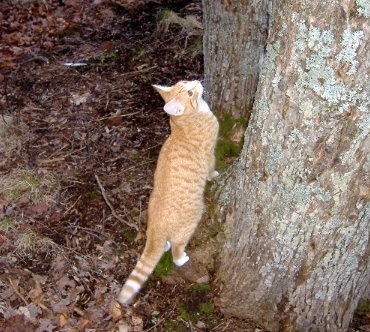 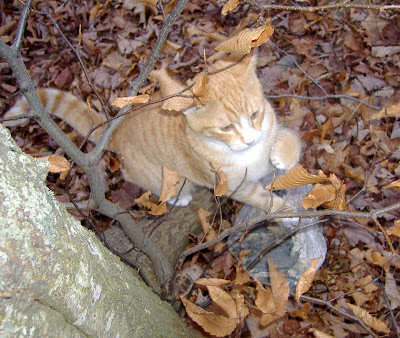 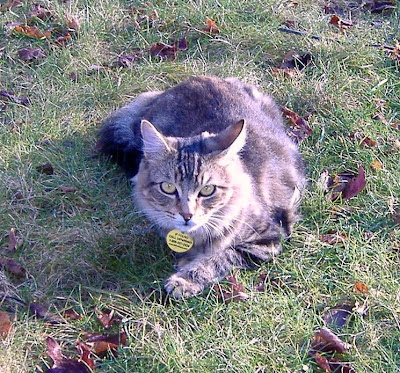