Thank You from Pat, Henry, and the Cats

Thank you, all kind friends who have sent condolences regarding our darling Schooner. 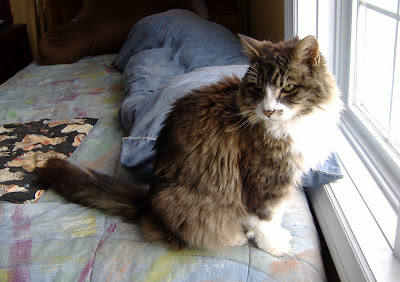 He was fighting both renal failure and cancer, and in the past few weeks he has been so thin and frail that we, and the vet, were amazed he lived on.

But in his last week, something happened that makes us very happy whenever we remember it.

First, a bit of background: before he came to us, Schooner was almost entirely an outdoor cat. Pat allowed him into the yard during the day, because he stayed nearby and always came when called. But he was never allowed out after dark, and it took him some time, when he first came to us, to accept this rule.


Well: The last Thursday of Schooner’s life was an unseasonably warm day here in Charlottetown. Schooner loved to bask in the sun, so Pat carried him out to lie on the deck. At about 3 p.m. he got up and strolled down the steps into the yard. Pat was glad he had the strength to do so, but she wasn’t concerned - he often walked around the side of the house to sit in the front yard.

But Schooner didn’t come home that evening. All night long, Pat searched and called for him. When morning came, Pat asked permission to search all the neighbors’ yards.

Pat found our beautiful Schooner, on Friday morning, sitting contentedly in a neighbor’s flower bed. Pat was exhausted from worrying about him, but she realized he had enjoyed his night out very much indeed. He must have heard Pat calling, but he knew what he wanted and needed.

Over the weekend, Schooner deteriorated rapidly.

Of course as he passed Pat and Henry held him and told him how much he was loved. He was such a wonderful cat with so much courage and so much character. We are so glad that in his last days, he could relive his youth, staying out all night, enjoying good weather.

Again, dear friends, thank you for your messages of love and condolence.

–Pat, Henry, and the Cats 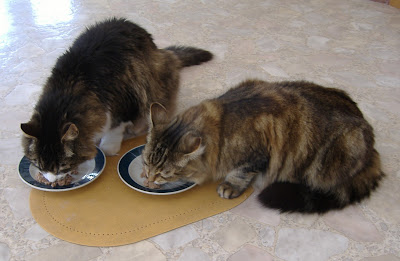 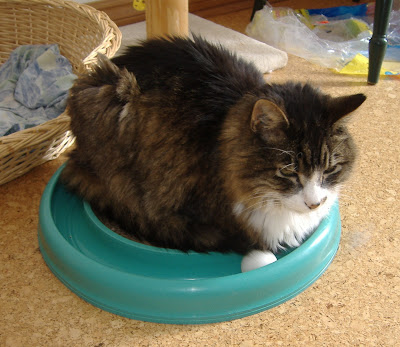 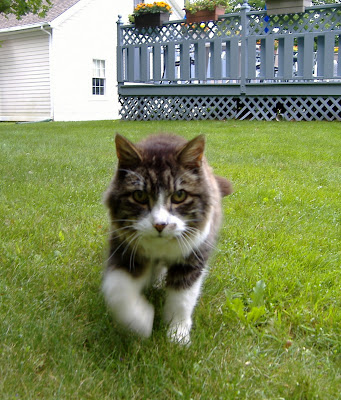 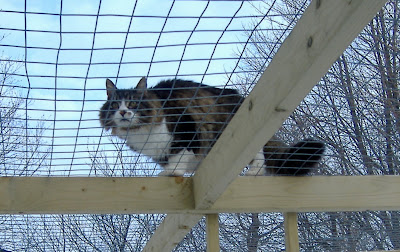 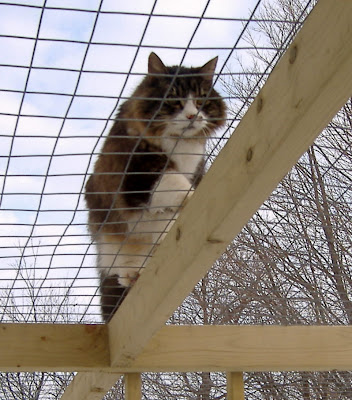 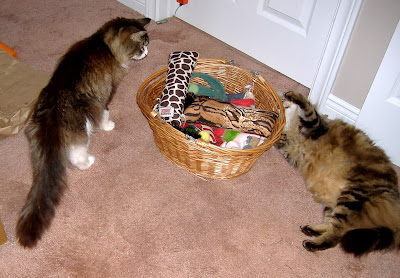 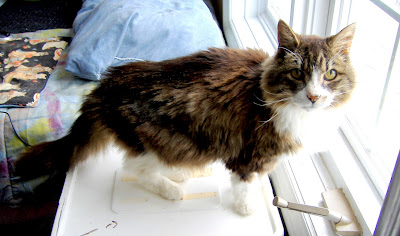 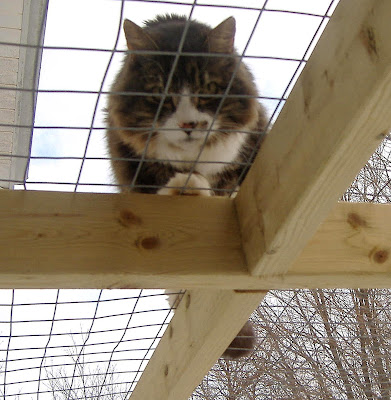